Marty Sherman and his daughter Jill have been involved in the Arabian horse business for over 35 years. What started out as a hobby, quickly grew into a passion as the Shermans found their love for Arabians evolve into a breeding, showing, and selling operation.

The picturesque farm is situated on 145 acres in the San Fransisco/Bay Area with a meandering stream that sweeps through the middle of the ranch amidst rolling golden hills dotted with oak trees.

As any wise breeder will say, the strongest breeding programs are based on the best broodmares money can buy. With that wisdom in mind, the Shermans began by acquiring the most prized mares they could find. Among some of the bloodlines they chose to focus on starting out were *Serafix, *Bask++, and *Karadjordje. While their breeding program has evolved over the past decades, their main goal remains the same: to breed the most beautiful and talented Arabian horses in the world. 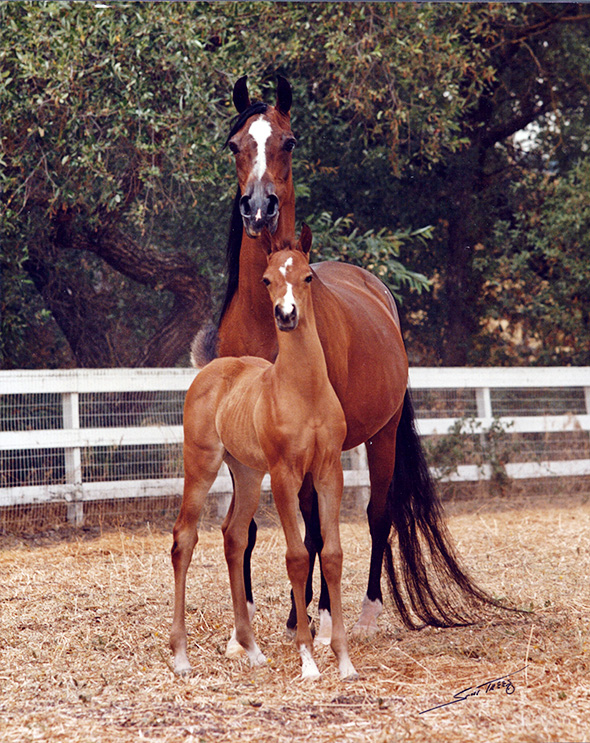 The *Karadjordje daughter, KJ Mighty Miss++ was one of the Sherman's first foundation mares, purchased in 1982. 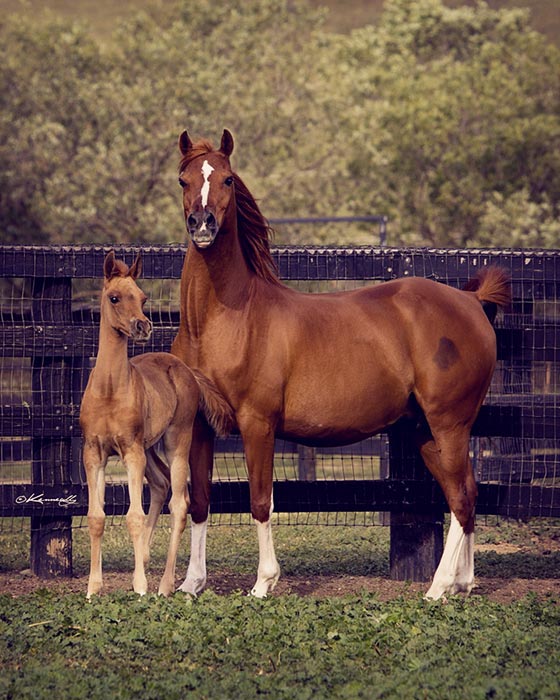 Sherman Ranch currently stands two of their own stallions. Presidio CF is sired by the immortal Barbary+++ and is a Reserve National Champion English Pleasure winner, while his stablemate Nicklebey Berry is the son of 3-time Unanimous U.S. National Champion English Pleasure Open winner, Hucklebey Berry. The Shermans have had a lot of success with using both stallions and looking ahead, their hope is to use those daughters as outcrosses in an effort to improve the gene pool.